The American craft beer industry is all too aware of the need to conserve energy and become more sustainable and environmentally responsible. It emits about half a billion metric tons of carbon dioxide into the atmosphere annually. The world-class quality, full flavoured, expertly brewed American craft beer we have come to love and enjoy requires its fair share of natural resources and creates waste materials and by-products in equal measure. Consequently, the majority of small and independent American craft breweries are acutely aware of their environmental footprint and are constantly developing new and creative ways of becoming more sustainable, more energy efficient and more environmentally responsible. Here are just a few examples of both large- and small-scale initiatives taking place across America. 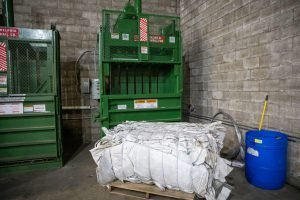 Sierra Nevada Brewing Co is the third largest small and independent American craft brewer in the States and prides itself on its approach to sustainability, regularly passing up the chance to brew more easily and cheaply. At the main site in Chico, CA, there are 3.5 football fields worth of solar panels which work in tandem with two megawatts of Capstone microturbines to provide over 90% of the electricity needed to run the brewery. Waste heat is captured and used to make steam and hot water for the brewing process.

Instead of venting naturally produced CO2 from fermentation, Sierra Nevada recovers it, cleans it and sends it back into the brewery to pressure tanks and assist in packaging. Recovered CO2 contains less oxygen than commercial CO2 improving the quality of the beer.

Water conservation is crucial in drought-stricken California and Sierra Nevada has eliminated water-based lubricants on the bottling and kegging lines which not only reduces water consumption but wastewater heading to the on-site treatment plant. The brewery recovers water used to rinse bottles prior to filling and uses it in vacuum pumps that dispense beer into bottles, saving about 2.5million gallons of water annually. This environmental stewardship is at the forefront of Sierra Nevada’s core values and as important as making great beer.

Mandi McKay, director of social responsibility at Sierra Nevada Brewing Co, comments: “We have excelled at the philosophy of closed loop sustainability, and it’s proven to be a wonderful operating strategy. We’ve shown that waste coming out of one process such as heat, water or CO2 recovery can become a resource for something else. We’re very energy intensive in the brewing industry, we make a lot of heat, and we use a lot of heat so we’ve gone all in on recovering heat and steam and that closed loop philosophy has been a guiding principle for us. At Sierra Nevada we do a lot more than just brew amazing beer and the same commitment to continuous improvement and zero waste runs across the board. We’ve always been interested in connecting ourselves with our supply chain – early on we planted our own hop field – and that comes from the fundamental belief that everything is connected and our impact on the environment is impacting ourselves. In the future we’re hoping to look at a broader strategy outside our four walls and that could be through advocacy, partnerships or the supply chain.” 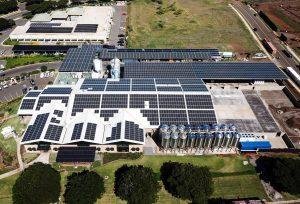 In 2019 Maui Brewing Co in Kihei, Hawaii, became the first completely off-grid brewery in the entire United States. Solar panels cover the roof of the 85,000 square foot production facility and a recovery system to capture and reclaim CO2 is in place.  These efforts plus solar energy will reduce CO2 emissions by more than 2 million pounds per year.

“As we grew successful, we saw the opportunity to invest in sustainable energy and lead by example in sustainable manufacturing,” says CEO and Co-Founder, Garrett Marrero.

“We are focused on authenticity and that means using local ingredients, being innovative and being highly sustainable. We produce over 90% of our energy on site through solar and the remainder comes through bio diesel generators along with a measure of solar thermal for water heat and steam so that we have a low carbon footprint. We will continue to develop initiatives that not only help the company but also inspire our community,” he adds.

But it’s not simply innovative and creative beers that American craft breweries excel at; they are also developing highly creative uses for brewing industry waste products. Denver Beer Co, based in Denver, CO is capturing CO2 generated during beer’s fermentation process and reusing it to stimulate marijuana plant growth (legal in Colorado).  Instead of venting carbon dioxide from the fermentation tanks into the atmosphere it is routed into a pressurising foam trap and from there into a purifying box that removes unwanted gases, acids, aromas and volatile organic compounds before chilling and converting into a liquid. Once stored it can be transported to the cannabis cultivation centre, converted back into a gas and pumped into a 2,400 square foot grow room to provide supplemental carbon dioxide for the cannabis plants to aid photosynthesis.  This speeds up the plant’s life cycle when grown indoors. In addition to its CO2 capture program, Denver Beer Co converted its can works brewing and production facility to 100% solar power in 2018. The brewery also recently purchased a fleet of EVs for its sales team, which are charged using the 258 kW solar array installed on their roof. 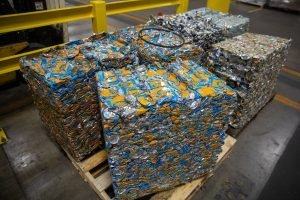 Ska Brewing Co in Durango, CO has gone one step further. In addition to installing solar panels that generate enough energy to brew approximately 545,000 pints each year, the brewery also insulates the brewery’s walls with old blue jeans, the bar and tables are made from bowling lanes and the grass and flowers receive recycled water! What’s more, Ska is reusing old cans by re-labelling them and sending them out to market. 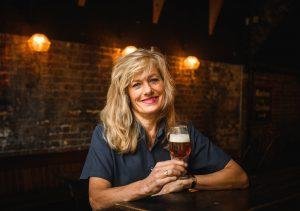 About the author: Lotte Peplow is the American Craft Beer Ambassador for Europe for the Brewers Association and is based in London, UK.  She is a Certified Cicerone®, BDI accredited Beer Sommelier, beer writer, beer communicator, international beer judge, homebrewer and beer lover.

About the Brewers Association

The Brewers Association (BA) is the not-for-profit trade association dedicated to small and independent American brewers, their beers and the community of brewing enthusiasts. The BA represents 5,500-plus U.S. breweries. The BA’s independent craft brewer seal is a widely adopted symbol that differentiates beers by small and independent craft brewers. The BA organizes events including the World Beer Cup®, Great American Beer Festival®, Craft Brewers Conference® & BrewExpo America®, SAVOR™: An American Craft Beer & Food Experience, Homebrew ConTM, National Homebrew Competition and American Craft Beer Week®. The BA publishes The New Brewer® magazine, and Brewers Publications® is the leading publisher of brewing literature in the U.S. Beer lovers are invited to learn more about the dynamic world of craft beer at CraftBeer.com® and about homebrewing via the BA’s American Homebrewers Association® and the free Brew Guru® mobile app. Follow us on Facebook, Twitter and Instagram.

Iryna Bystrytska: «The national brand “Wines of Ukraine” must belong to the state or industry»

What do Ukrainians drink?
Opening soon of our website in English 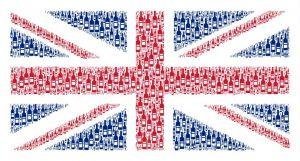