HoReCa » HOPS ACROSS THE POND! 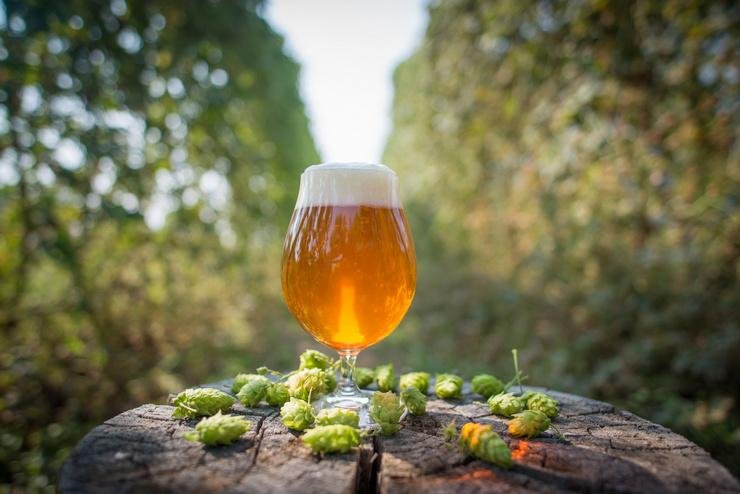 HOPS ACROSS THE POND!

The annual hop harvest in the USA is an exciting time.​It’s not only brewers who are excited, beer lovers around the world wait in heady expectation for yet more innovative, incredible tasting American craft beers packed full of the highest quality raw materials, to be launched.

In the 1980s American craft beer innovation and creativity kickstarted the craft beer revolution that we now see emulated all over the world. Bold, full-flavoured, hop forward beers ‘wowed’ the beer drinking public and today ground-breaking, style-diverse, high quality American craft beers can be found throughout Ukraine.  Examples are worth seeking out because American craft beer regularly wins top honours at high profile beer competitions around the world that are judged by international panels of experts. 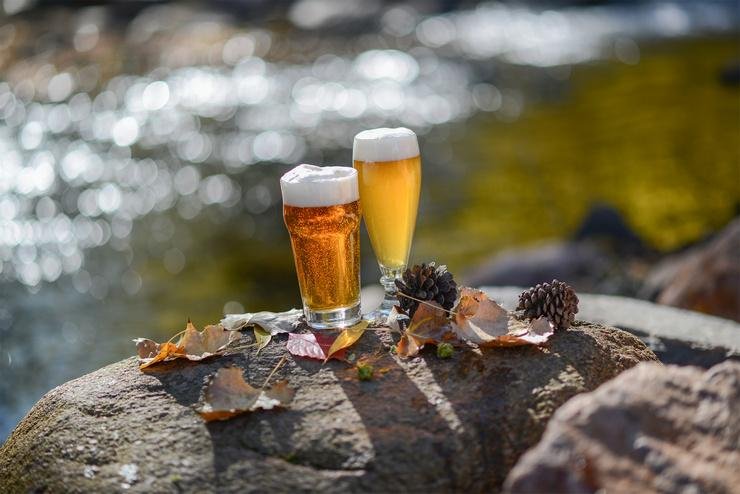 The proximity of many American craft brewers to hop fields allows them to spend time with the hop growers and in the hop yards before, during and after harvest to constantly evaluate hops and select what they need.  Tim Matthews, VP of Global Brewing for the CANarchy Craft Brewery Collective whose brand portfolio includes Oskar Blues from Longmont, Colorado and Cigar City Brewing from Tampa, Florida, explains: “Interaction with growers is a huge focus  and all brewers should have constant communications with their suppliers. We spend a lot of man hours getting all over the place and having face to face time with our suppliers so they understand what we’re asking for and what is the most economically sustainable strategy to achieve a product we want and that works for everyone.

“You’ve got to understand what makes a hop tick,” he says.  “Traceability is key. All hops have a QR code giving age, the Hop Storage Index and how it has experienced processing.  We smell them, touch them, break them up – we don’t just want essential oils, terpenes, and alpha components, nowadays we want glycosides and especially polyphenols (molecules most often involved in haze formation).” 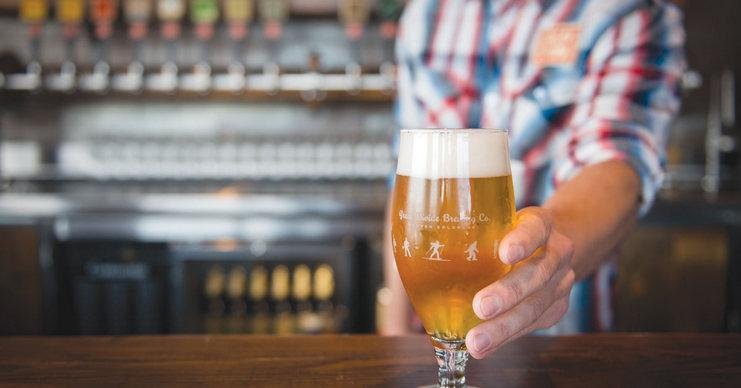 Hops are an agricultural product and a single hop varietal varies widely from year to year, farm to farm depending on terroir, weather and conditions.  Even at the highest ‘quality’ the hop profile will change hence why brewers visit the hop farms regularly to maintain grower relationships, select hops and adjust recipes. Scott Jennings, Innovation Brewmaster for Sierra Nevada Brewing Co, adds: “It’s very important to build close relationships with our hop farmers and we track variations in the hop character along with them.    We visit several times a year – just before the harvest to get a sense of the quality availability, then again at harvest time where we can make selections of the varieties that harvest early and one again after the harvest so we can select the late harvested varieties.”

But what happens when it comes to crafting a new beer? Does the recipe come first or the hop selection?  Scott Jennings explains: “It goes both ways depending on the source of the inspiration!  Sometimes a clear mental flavour profile is the way forward other times there is a beautiful new hop that needs a beer to go in so we build it that way.” 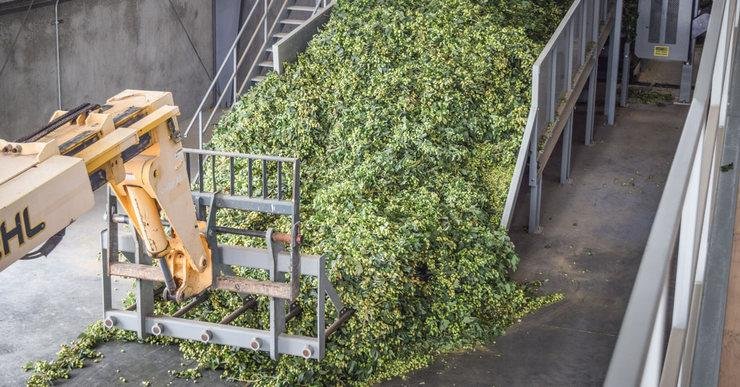 American craft brewers are renowned the world over for their innovative use of raw materials and brewing techniques.  Stone Brewing Co from Escondido, California has a two-pronged approach to hop selection – ‘core beers’ and ‘hop innovation.’ Joel Grosser VP Brewing Operations and Brewmaster at Stone explains: “Core beers hop selection is focused on consistency.  We select lots that deliver the exact same flavour profile year over year and want every Stone IPA to be the same amazing experience no matter where you have it.  We accomplish this through our relationship with the growers and suppliers.

For ‘hop innovation’ we’re looking for something new and exciting.   Innovation is part of the Stone DNA and staying at the forefront of hop varieties and flavour is critical to our success.”

By way of an example, Jeremy Moynier, Senior Manager Innovation and Supply Chain for Stone, adds: “We had an interesting discussion about a particular newer hop that has gained a lot of attention recently and is still expanding to meet demand. We are split on this hop but what intrigues me is that it’s different.  More strawberry and herbal notes than the tropical and citrus forward hops that have gained acclaim in the last few years. We look at what you can blend it with – other hops, yeast, other ingredients to make a really special beer. This is part of Hop Innovation.”

American craft beer is now available in dozens of countries internationally and in 2019 exports were valued at $69 million. Canada is the largest global export market for American craft beer accounting for 25.8% of all exports, followed by the UK with 11.9%, Sweden with 6% and the rest of Europe with 11%. 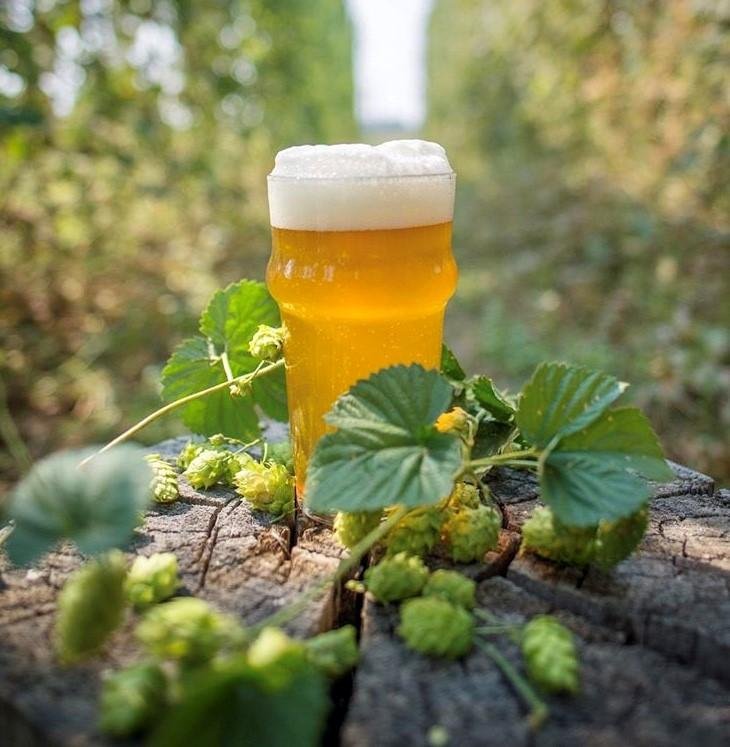 So next time you pick up a can of,  Sierra Nevada Hazy Little Thing containing six hop varieties or Stone IPA hops with eight hops appreciate the time, care and attention that goes into sourcing the highest quality raw ingredients to produce the finest quality American craft beer worthy of export all around the world.

Lotte Peplow is the American Craft Beer Ambassador in Europe for the Brewers Association and is based in the UK.  She is a Certified Cicerone®, BDI accredited Beer Sommelier, beer writer, international beer judge, beer communicator and beer lover who enjoys nothing more than sampling beer and pairing it with food.

How to choose a beer (and not be disappointed!)

HOPS ACROSS THE POND!

Honey Badger: Own marks upon a map!

Wines in vogue
Opening soon of our website in English