Home » Persona » Pablo Navarrete: «We created our own concept in Mendoza, namely took Malbec with the microterroirs’ blend» 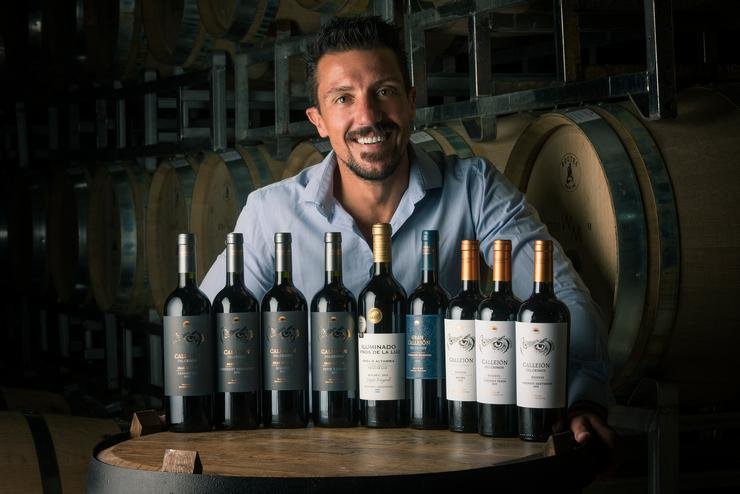 Nataliia Burlachenko, brand ambassador Vinos de La Luz, sommelier, spoke to Pablo Navarrete, the chief winemaker of the Argentinean Vinos de La Luz Mendoza, the author of ILUMINADO – “The Best Wine of Argentina 2019”, among the TOP-50 of the best wines in the world according to Decanter.

Nataliia Burlachenko: Pablo, how did you become an oenologist?

Pablo Navarrete: In childhood I spent every summer in the vineyards of Mendoza, in its eastern part, in the estate of my uncle Jose Figaro. And soon, as a child, I began to wonder how grapes turn into wine? What kind of process is this? And from that exactly moment my deep and mutual love for wine and winemaking was born. 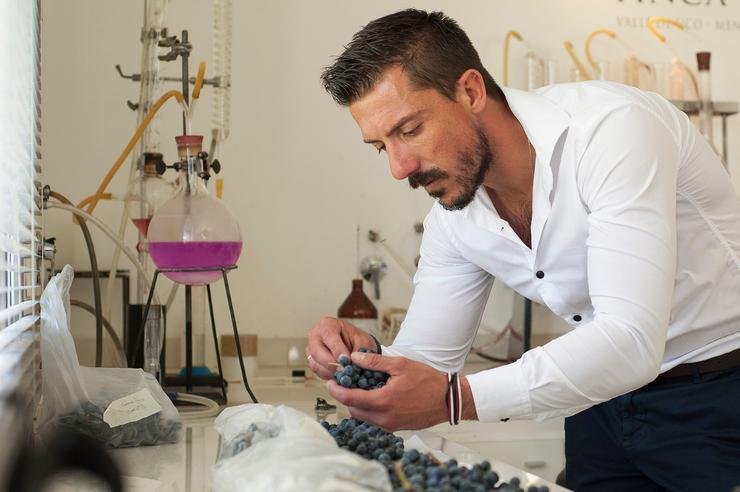 N.B.: How did you start your collaboration with Vinos de La Luz?

P.N.: A very entertaining story. After graduating from the Juan Agustin Maza University in Mendoza, I worked at various wineries in different parts of Mendoza, but I always most of all liked the grapes from Valle de Uco, so I looked in that direction. In 2012, someone told me that the Vinos de La Luz winery is looking for an oenologist. I turned out to be this oenologist (laughs). 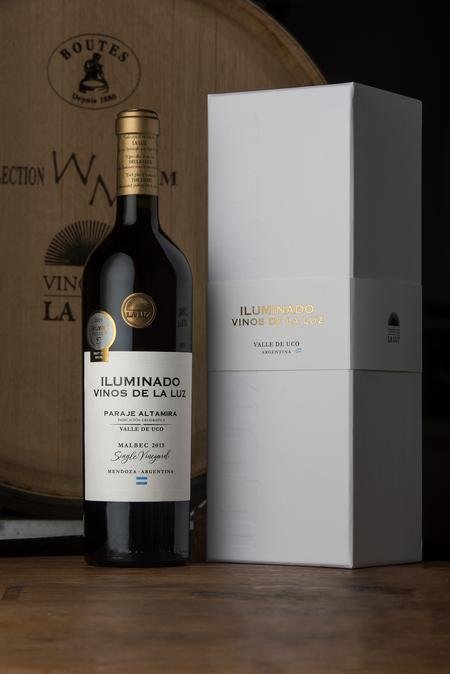 N.B.: Undoubtedly, you are talented! Being still so young, how did you manage to create one of the best wines in the world and the best wine of Argentina 2019 Iluminado Malbec 2015 Paraje Altamira?

P.N.: Iluminado Malbec 2015 Paraje Altamira is the wine that every winemaker wants to create in his life. In fact, it is an amalgam of such components as the best terroir, the best grapes, the unique microclimate of Paraje Altamira, Valle de Uco, as well as the vision and mission of Vinos de La Luz. These were the set of factors that created Iluminado Malbec 2015 Paraje Altamira, which in 2019 was included into the best 50 wines of the world according to Decanter. This wine is an example of what Argentina can create with the help of its king Malbec.

N.B.: You recently finished harvest 2020. Is there any peculiarity of this year’s harvest and which is your forecast?

P.N.: From the very birth of the bunch, due to weather conditions, namely, low temperatures at the time of berry formation, some of them stopped growing, while others, on the contrary, absorbed more strength and energy for growth. So the number of grapes was limited in a natural way. Making the following pruning, we received not just high-quality grapes, but grapes of the highest quality. Also, despite all the fears associated with the pandemic, we were able to pick the berries exactly at the moment when the terroir was fully represented in the berry. The combination of all these elements allows us to believe that the harvest 2020 is unique and promises to please us with great wines. 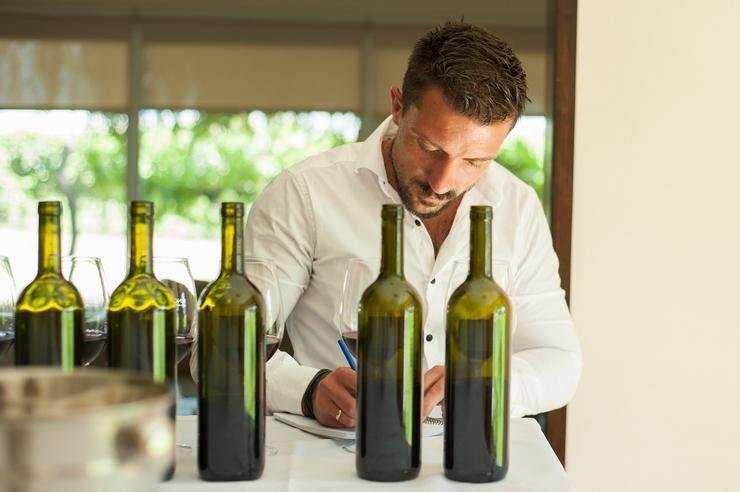 N.B.: Pablo, do you have any plans to create something new?

P.N.: Of the wine releases that will soon see the light are monovariety Malbec from various microterroirs, that is, Malbec from Gualtallary, Malbec from Vista Flores and Malbec from Pampa El Cepillo. With this project, we want to convey the uniqueness of each parcel, each microterroir as much as possible. We want to show how one Malbec variety with the same genetics can sound different in different microzones of the same region, and convey the taste of each microsites with the help of our famous Malbec. These terroirs are so unique that I can determine which wine is from which terroir in a blind tasting. The uniqueness consists of four components: the soil, the microclimate, the altitude and the influence of man, who makes the assemblage of these components. 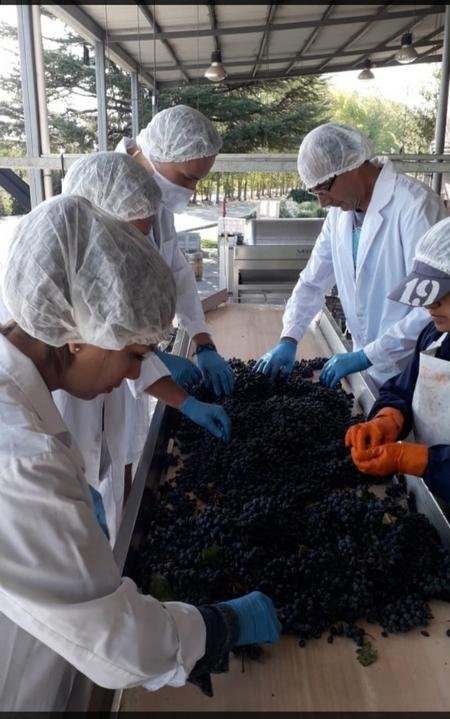 N.B.: Sounds grandiose! I’d like to try it as soon as possible!

P.N.: You can already try our other new creation, which can be found on the shelf and, which is very highly appreciated by our customers – it’s a blend of terroir. Traditionally, if we’re talking about blend, we mean blend of the varieties of grapes, and if the wine is of the same variety, what kind of blend is it, you can ask? We created our own concept, namely took Malbec with the microterroir Altamira, Vista Flores and Gualtaliary and combined into a single ensemble, so that one terroir complements another, so that Malbec from one parcel helps to reveal the aroma and potential of Malbec from another parcel. You can enjoy the results of our laborious work now. 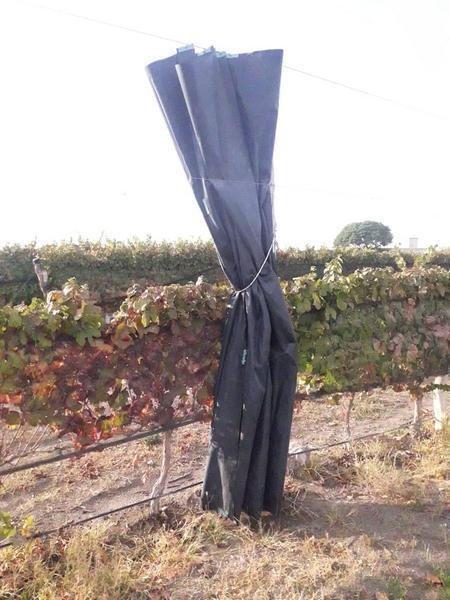 N.B.: We touched on the topic of terroirs, human influence and the microclimate, could you tell us more about the so-called “curtains” that winemakers began to build on their vineyards in Pampa El Cepillo microzone?

P.N.: To answer your question, first of all, I would like to talk a little bit about Pampa El Cepillo. Pampa El Cepillo is the newest IG adopted in Argentina, it is a unique territory in the extreme south of Mendoza region, the most affected by Patagonia – the coldest part of Argentina. This means that cold cyclones from Patagonia can come at any moment of the plant development and growth, at the beginning, when the berry is born, in the middle of growing or at the moment when the berry is ready for harvest and, unfortunately, damage cannot be avoided. In order to decrease the influence of a cold cyclone, and we call it “cold shock”, because the temperature drops only for a few hours, producers and winemakers use various protection methods.

There was a time when winemakers used combustible materials, made fire in the vineyards, thereby creating a protective warm dome that more or less protected plants, but at the same time polluted the air in the area a lot. And now, when the humanity is thinking permanently about the environment, this method has been abandoned in favor of more effective, environmentally friendly and less expensive. Among the new ways of protection, which, incidentally, is also not very cheap, are the so-called “curtains” 5-6 meters high, which are mounted on poles with a taut wire.

The “curtain” itself is made of dense black oilcloth material, it is hinged at the top, so it can be stretched and removed if necessary. This «curtain» is always located facing south, to stop just those cold streams of air that come from Patagonia. 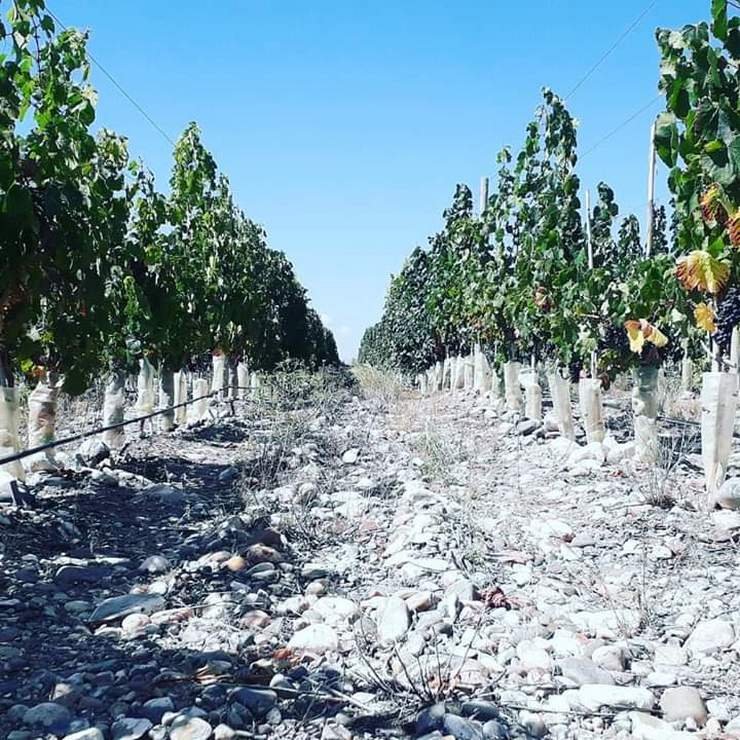 N.B.: It seems unbelievable to me that among the hectares of vineyards you can see black “curtains”. How common is this method?

P.N.: This is one of the options for protecting the vineyard. Micro irrigation is more common, it is used in the vineyards, which are located below. This system requires large reserves of water and communications through which irrigation is carried out. This is now the most reliable, but quite expensive way to protect against cold cyclones from the Andes and Patagonia.

N.B.: Pablo, I want to thank you for the interview and wish you and Vinos de La Luz more amazing wines, creative ideas and victories!

Dany Rolland: «I married Pomerol when I married Michel»

Florence Cathiard: «We like to thrive under legal constraints…»

Anna Gorkun: «46 Parallel Wine Group has implemented all of its plans set for the first year of its operations»

Ricardo F. Nunez: «We are a small army under the flag of Vinos de La Luz»

Dany Rolland: «That is why we feel in love with Argentina!»
Запрос на архив предыдущих номеров