HoReCa » The subtle alchemy of barrel-aging 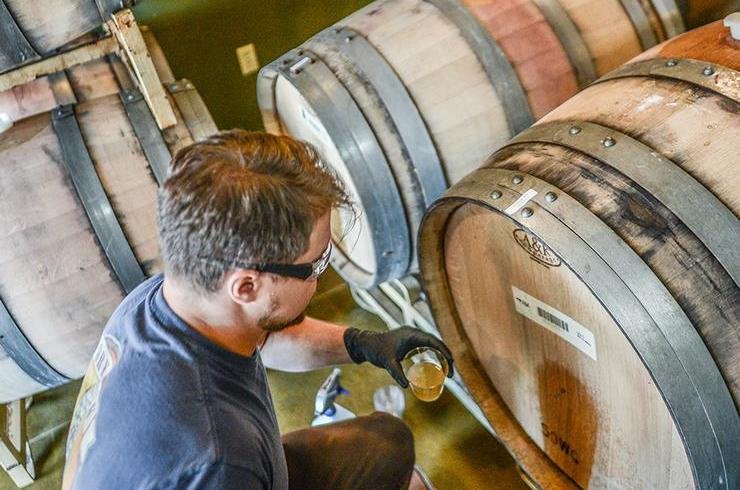 The subtle alchemy of barrel-aging

The practice of fermenting beer in wooden vessels has been around for hundreds of years but it wasn’t until the 1990s that American craft brewers started experimenting with aging beer in used spirits barrels.  Today, barrel-aged beer styles produced by American craft brewers regularly win top honours at prestigious international beer competitions and is yet another example of American craft brewing’s relentless innovation. Worth seeking out for their incredible complexity, depth of flavour and subtle nuances of character, barrel-aged beers lend themselves perfectly to the cold winter months. 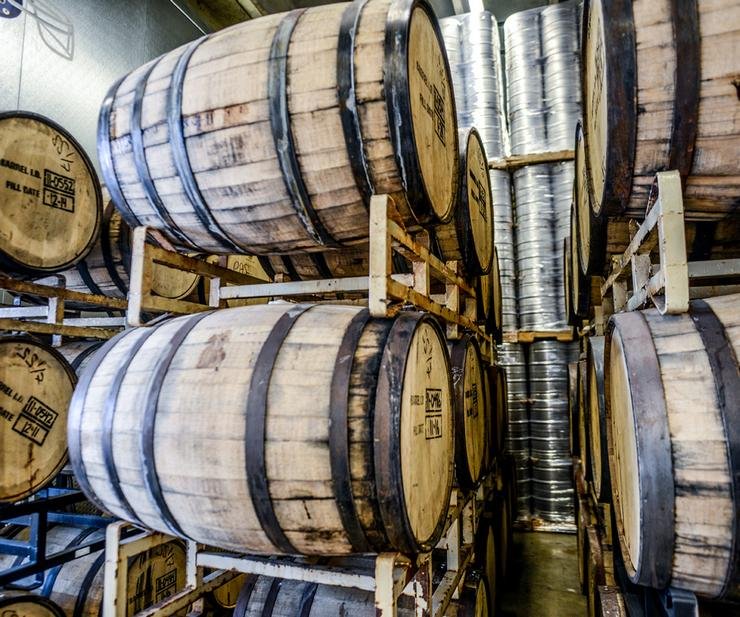 A variety of beer styles are suitable for barrel aging in wood but sour beers and beers with high alcoholic strength are the most common. Barrels for sour or ‘wild’ beer may be used several times over while barrels that formerly held spirits such as bourbon, tequila or gin are rarely used beyond their first or second fill.

Many American craft brewers consider barrels to be the fifth ingredient of beer and not simply a storage vessel.   They source barrels with as much care and attention as selecting their annual hop varieties. Each barrel is unique which means experimentation and flexibility is an essential part of the barrel-aging process. 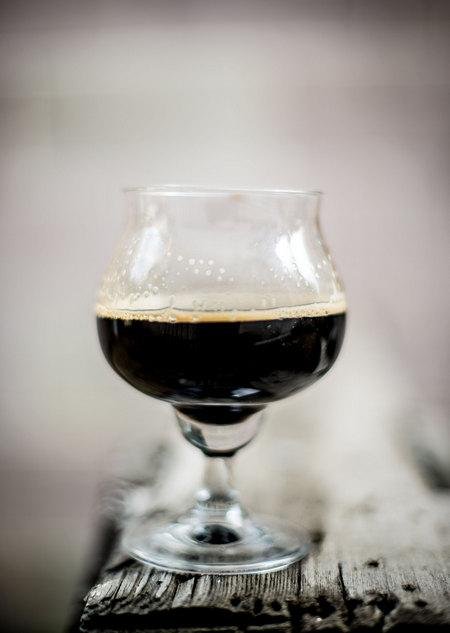 Most distilleries or vintners will sell used barrels but brewers will go to great lengths to secure the barrels they have in mind for a particular project. The Bruery, a craft brewery in Orange County, California, buys barrels by the truckload and selects the exact barrels for each project depending on the sensory analysis of the barrel.  Brewers from Great Divide Brewing Co in Denver, Colorado have been known to travel overseas (to Ireland) to hand-pick barrels for their partner programme with Jameson whisky while Eric Ponce, Barrel Program Manager at Firestone Walker Brewing Co in Paso Robles, California has been sourcing different types of spirit barrel from around the world for many years. “Every barrel needs to meet our requirements as in – the distillery we chose, how long the spirit was matured in barrel, barrels should not be rinsed after emptying etc,” he says.

Oak is full of flavoursome, aromatic compounds that can add another level of depth and complexity to a beer, making it the preferred wood for barrel-aging for many brewers. Jeremy Grinkey, Director of Production, at The Bruery explains: “Oak is easy to work with compared to palm and other woods.  It’s fairly common across Europe and has very tight grains lending to its liquid holding properties. Having said that, we’ve used Cherry and Acacia barrels too for fun.” 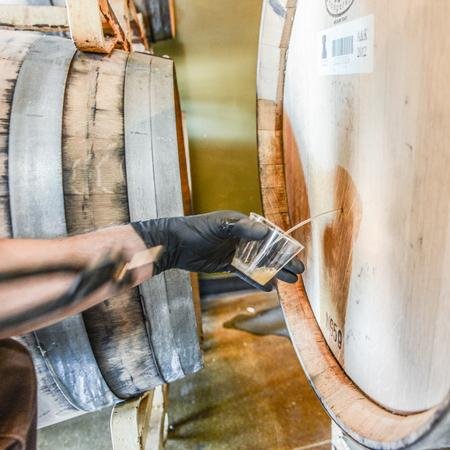 Equally important to the flavour of the barrel is the art of blending different beer together to create the desired result. A number of base beers may be aging in different barrels, some of which may be fresh barrels to give a high intensity of oak/spirit flavour and others may have been used before to give a lower intensity of flavour and it is the skilful blending of these beers by the brewer that creates the alchemy. Other flavours may be added along the way such as cocoa, coconut or coffee beans to add further levels of complexity. Ponce at Firestone Walker explains: “Blending starts with the flavour of the barrel. If the barrel is not quality and does not impart the flavours and aromas we are expecting that particular barrel will be discarded, but that predicament doesn’t happen often.”

So how much time should a beer spend aging in a barrel?  There is no definitive answer and it depends on when the beer is ready. “It’s all about taste,” says Ponce. “We have a concept of how long depending on the base beer and type of spirit barrel, plus we measure liquid from each barrel to get analytical and micro specs but overall it’s about taste,” he adds. At the Bruery, sours age anywhere from six months to four years and stouts, barley wine etc will age between 1-3 years. Some beers are ‘double barrel-aged’ which means the beer has been moved into a fresh Bourbon barrel after about a year for extra extraction. 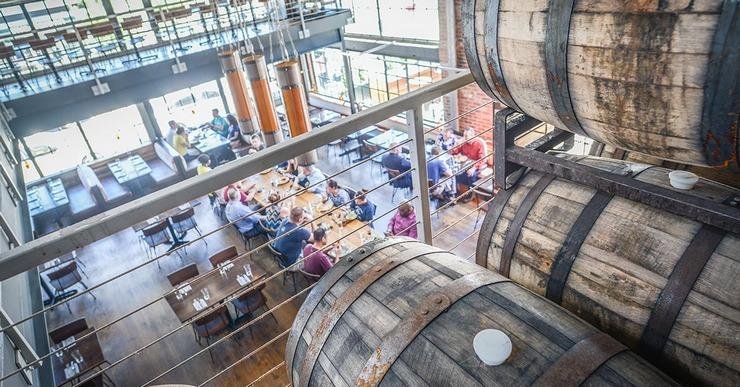 Simply leaving a beer in a barrel and hoping for the best is not going to cut it.   Barrel-aging presents a number of challenges as Bryan Slekes, Senior Director of Finance at Great Divide acknowledges: “Time, consistency and efficiency are the key challenges in barrel-aging.  Beer often takes a year in the barrel before we get what we want out of it, every barrel is different and sometimes individual barrels don’t work out.” Grinkey at The Bruery adds: “Planning and understanding the risk factor is huge. It’s hard to know what something will taste like in two years time, just because beer is put in a barrel doesn’t always make it better.” 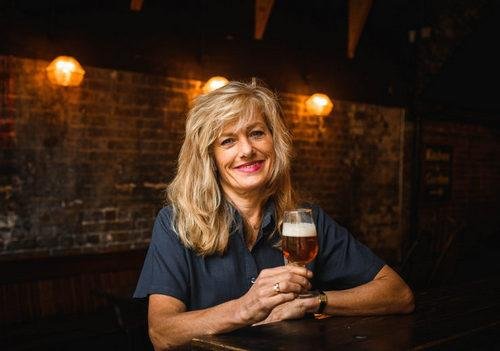 About the author: Lotte Peplow is the American Craft Beer Ambassador for Europe for the Brewers Association and is based in London, UK.  She is a Certified Cicerone®, BDI accredited Beer Sommelier, beer writer, beer communicator, international beer judge, homebrewer and beer lover.

About the Brewers Association

The subtle alchemy of barrel-aging

How to choose a beer (and not be disappointed!)

HOPS ACROSS THE POND!
Opening soon of our website in English