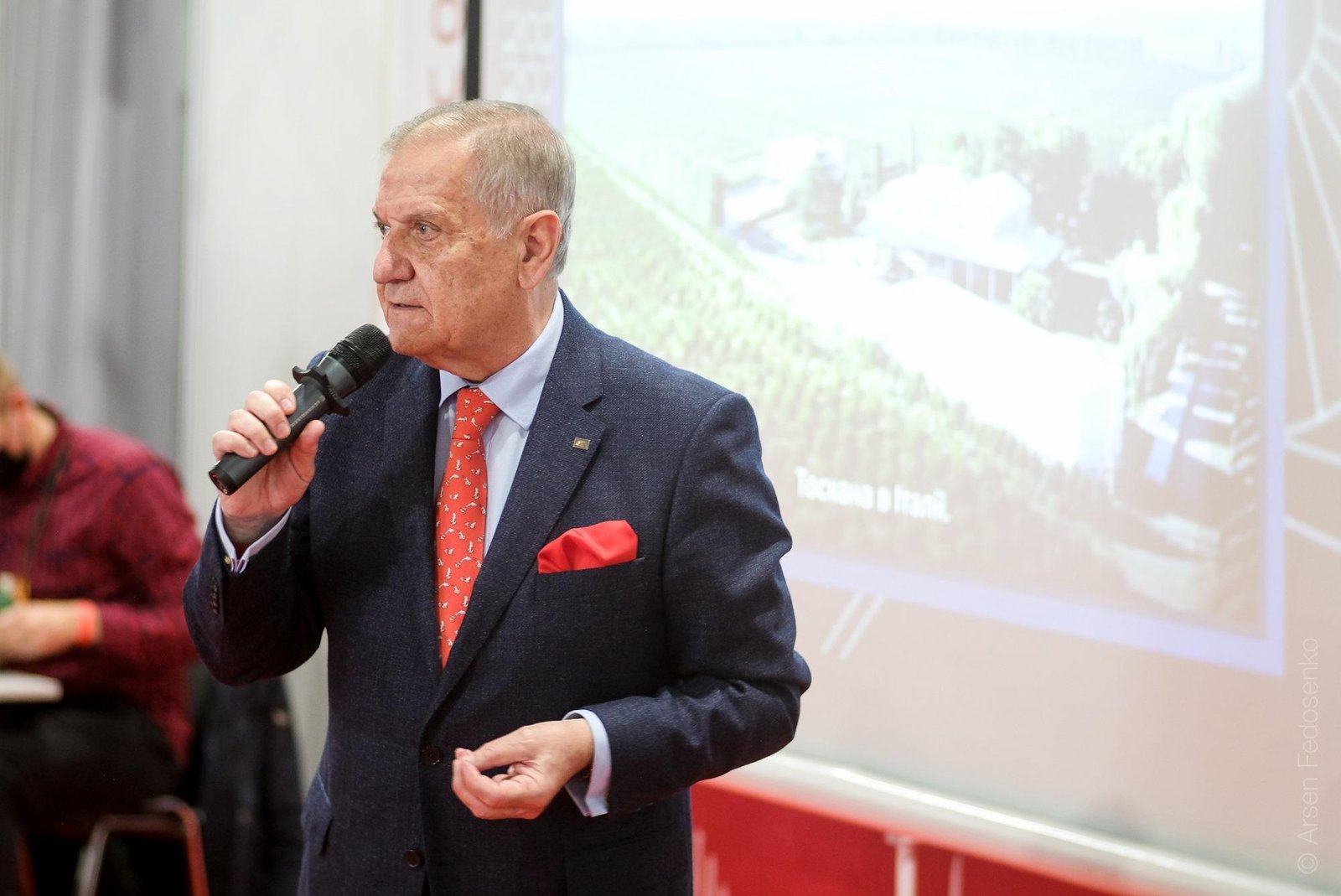 On the eve of the new year of 2022, third year of the pandemic, Dr. Ricardo F. Nunez, founder and owner of the Vinos de La Luz group of companies, analyzes its impact on our lives and consciousness, and the special way of Ukraine in this historical context.

Some research recently published in scientific journals show that the pandemic, announced in 2020, affected everyone, both vaccinated and unvaccinated, distorting perceptions of time and events that took place during this period. In other words, we remember many situations we had, but we do not dare to say, “at what point in 2020/2021 they happened.” And the more events take place, the more difficult it is to associate them with a certain time of their holding.

We notice a tendency in our memory to merge the past two years. In one monolithic period and except for events that are important in everyone’s personal life, such as a change of job or family drama – great happiness or deep sorrow, as well as some situations, witnesses or protagonists of which we were – our memory gives the impression that everything else, less important to us personally, could have happened at any time during 2020-2021. The world of wine is also susceptible to this phenomenon because wine is associated with people’s daily lives. 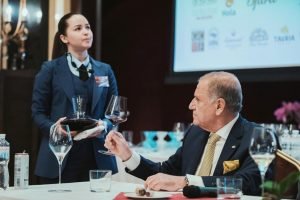 To overcome this blurring of time, some scientists suggest using “duplication” as a system of analysis. Systems that record which annual (pre-pandemic) events have actually taken place twice in the last two years, and which have been held once or canceled altogether. This is not an easy exercise, because with its help we will try to overcome the lack of perception of “when”, which is almost a pathological consequence of the pandemic. For example, let’s ask ourselves, how many times has ProWein – the world’s largest annual wine show – been held during these years? All manufacturers, distributors, importers and many enthusiastic consumers will immediately give a quick answer: in these two years the exhibition has not been held once, and the next one is scheduled for March 2022, i.e., it will take place three years after the last one in 2019!! (As a comment, ProWein 2022’s security measures are difficult because increasing the distance between exhibitors reduces the amount of available space and increases the price per square meter, which is now 80% higher than in 2019).

And now let’s ask the question of what happened in Ukraine. How many competitions “Ukrainian Sommelier” and “Best Cavist of Ukraine”, organized by the School of Sommelier “Master Class”, were held in Ukraine during these two years (2020 and 2021), or how many exhibitions Wine & Spirits Ukraine were held in Kiev, or when the first events of Odessa Wine Week and Be Wine International Wine Show took place, or how many wine competitions were held for producers and organized by the smallest winemakers, or how many issues were published by Drinks+ magazine in those two years, or how many new influencers appeared and acquired authority and weight in the wine community (as an example I would like to give nataliiawines.com.ua)?

I repeat, if we address all these questions to ourselves, we will be very surprised by the answer and we will not need to turn to the election memory: all these events and many others were held regularly every year. Drinks+ was delivered to us on a monthly basis according to the traditional schedule, without breaks. At the same time, sites of influencers were opened, which are of great importance for the future of Ukraine. And if we talk about local and foreign producers of wine and distribution networks, we will also be surprised by the reality: on the one hand, Ukrainian winemakers over the past two years have made a giant step in development, on the other – new distribution companies were created and they managed to open their own stores for service and direct communication with their customers (as in the case of the Wine Gallery network). 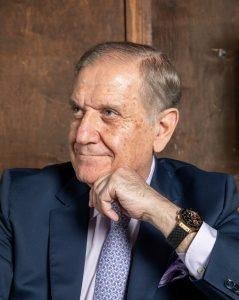 It seems that Ukraine was protected from all these strict restrictions. From those lockdowns and bans that have pursued the world for the past two years. In fact, this is certainly not the case. Some restaurants and distribution companies had to close, but in general the system of production, import and distribution was not affected. And globally, the wine industry – from vineyards to distribution – is ready to look to the future and fight to achieve the goal they seek. You breathe this in Ukraine.

Personally, I am confident that Ukraine will find its way. It is now searching for it, 2020-2021 was a period of self-identification and growth. And it will create its story under any circumstances – with or without a pandemic. Ukraine is experiencing “tribal battles” of great birth. Every birth gives birth to a new essence as the protagonist, and in our country this newborn protagonist is the wine of the so-called “New Old World”, i.e., wine from Ukraine. Building the future means that more and more enthusiastic large and small producers (there are still no medium-sized producers) are pouring Ukrainian wine into Ukrainian glasses, which is the first step out of a comfort zone, crossing national borders, into the big world. But the emergence of this “essence” we are talking about is accompanied by the natural pains of birth and growth.

Undoubtedly, Ukrainian wine was born as “autonomous”. I tasted good and not very good – Cabernet, Syrah, Merlot and many other wines from Ukrainian producers. But I also tried many extraordinary single-varietal red wines from Odessa Black, single-varietal white wines from Telti Kuruk, which were incredibly good. I strengthen, they are very good! And they are now in the process of appearing in the highest quality. There are prominent people in Ukraine who are committed to the development of the wine industry with passion and business acumen. And every day they are more united in the search for the future. The land and climate of this country are a great support to the industry. The moment the world is going through is a great opportunity that manufacturers need to see clearly, and the word “unity” is a big key to the door to the world. Wines of indigenous varieties will open these doors in order their brothers, international varieties can also be exported and thus step by step establish the country as a producer of high-quality wines.

I hope that in 2022 Ukraine will take some steps. These are actions that Ukrainians can take on the international front line and which for me, as a fan of everything Ukrainian, are as follows: to adapt legal norms to the realities of the wine industry; to create as an official organization of Ukrainian winemaking WOFU – Wines of Ukraine, which will be the driving force to represent all the wines of the country in the international arena; to choose the varieties that will represent Ukraine and to choose on which day of the year the day of each variety of Ukraine will be celebrated all over the world; to unite all the main characters in a large association of Ukrainian wine producers and finally become a member of the OIV – International Organization of Vine and Wine, so that Ukraine takes its place alongside France, Spain, Italy, Australia and other major wine-producing countries where the investment will come from to work with local producers and conquer the world together.

The state must accompany this new history. Those who manage the country’s official finances must understand that in other countries, wine accounts for more than 3% of the gross domestic product, while opening the door to other products of the same origin.

Ukraine is the future, and Ukrainian wine is part of that future. My best wishes and best wines to you all!

Marina Revkova: “I have my own ritual dances!”

Sonal Holland: “I look forward to the day when India finds its rightful place at wine tables around the world”